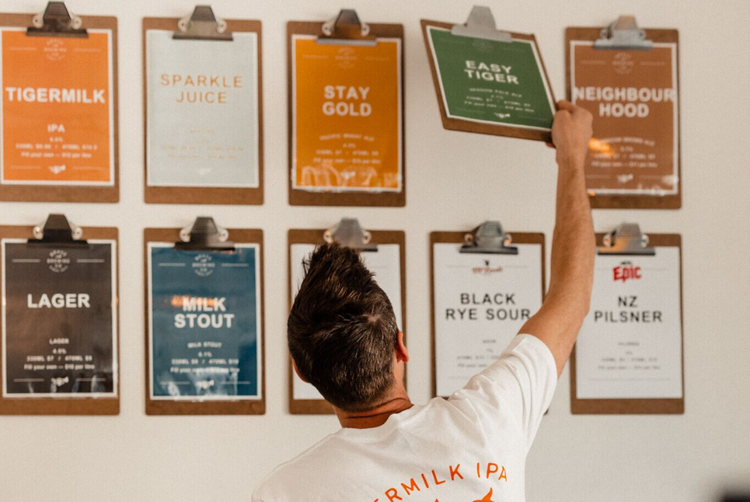 If you have an appetite for rich culture and relish sampling local food and wine, Hastings and the Hawke's Bay district are bursting with flavour in all aspects. 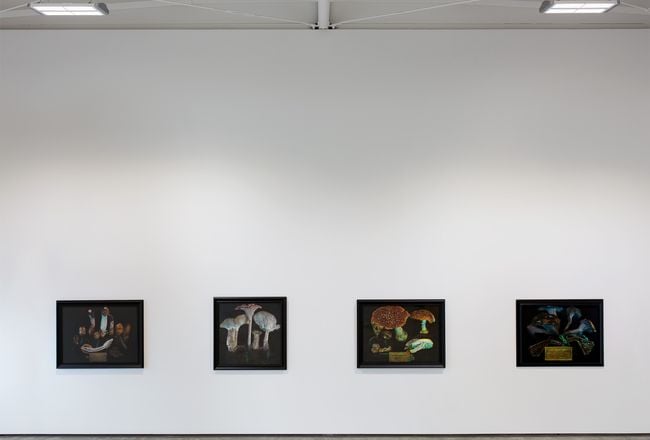 Your guide to the best things to do in Hastings, Hawke's Bay

There are plenty of things to do in Hastings. Whether you are looking to enjoy the great outdoors or wanting to hunker down by the fire with a glass of red, the Hastings District is the heart of Hawke's Bay and a Mecca for food and wine lovers.

With Art Deco elements, rich historic atmosphere and golden sand beaches (pack the boogie boards), there is a vast amount to explore. Sitting on the east coast of the North Island are over 40 wineries in Hastings itself, so with the cellar doors and array of boutique and artisan delicacies, be sure to bring your appetite.

Wake up at Clifton Glamping

Hidden amidst the waving slopes of Clifton Station in Hawke's Bay, your luxury accommodation with a difference is right here. A unique experience on one of New Zealand’s oldest working farms, find a blissful and remote section of wonderland, conveniently situated just five minutes from Te Awanga and a quick 20-minute drive from Havelock North, Hastings and Napier. Your safari tent and picture-perfect landscape that appears totally unspoiled will lend a complete sense of harmony for a perfect and memorable stay. 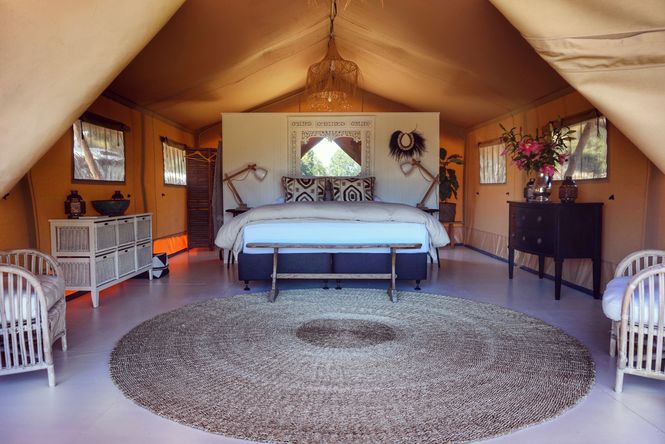 Loved for its strong serves and six-metre service bench that elongates half of the building, Cupple is an individual space with a great viewing point where tastings and barista training take place, and customers can watch their brew being made. You might even learn a thing or two and it'll keep the littlies entertained as their fluffies are fluffed!

And the viewing doesn't stop there. Next door (and we're talking glass doors), pastry making is all a go at Ya Bon, the French Bakery that shares the four walls with Cupple. They focus on the handmade, artisan quality of products that they aren’t afraid to show in the making. Out the back, the steel windows open onto a rustic and homey sun-loving courtyard, making an inviting place to enjoy a caffeine and carb fix. 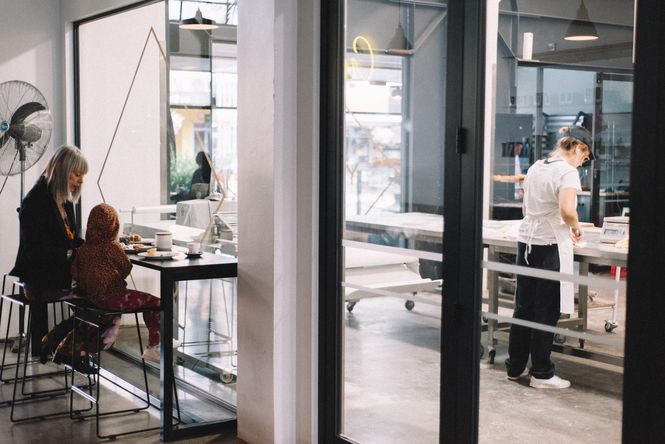 9am: Breakfast at Opera Kitchen

Opera Kitchen provides the perfect setting and delicious accompaniments for all of your good times, whatever the day of the week. Always willfully current and super fresh, they accomplish a connection between local essence and what’s happening in the food world from far and wide. A prime location sure is another drawcard. Pull up a pew and settle in for a breakfast of eggs benny or French toast with Black Doris plum conserve... it's as fresh as it gets! 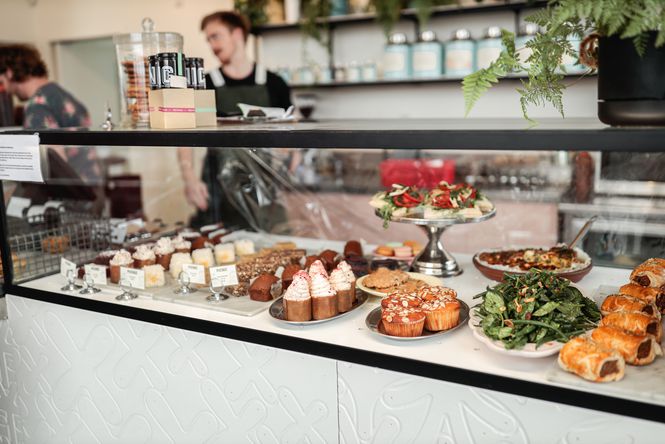 10am: Culture at Parlour Projects

Located under the same roof as the Opera Kitchen, Parlour Projects present dynamic exhibitions by emerging and established contemporary artists. The gallery in Hawkes Bay exists to bring influential contemporary art to the region. It is mostly a space for locals and visitors to enjoy contemporary art and learn about its wider purpose. With the area around the gallery starting to be referred to as the Arts Precinct, there is certainly a strong cultural vibrancy vibrating around the town. 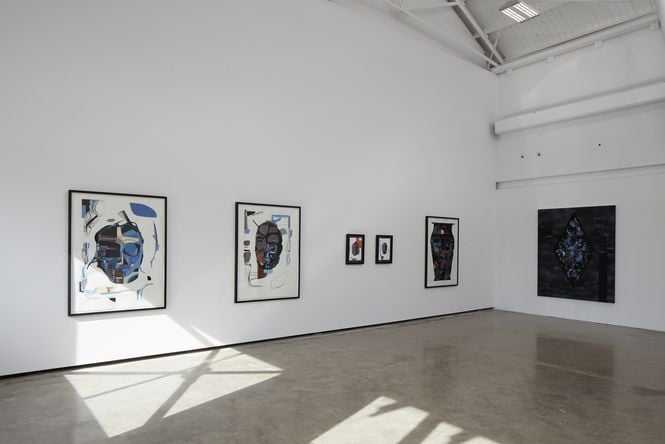 11am: Shopping at Real World

Real World provides treats for the body and hands. Using plant-based ingredients that are pure, nourishing and safe for you and your entire family, they are a simple pleasure to be enjoyed daily. All Real World lotions and potions are made in Hawkes Bay, and their Hastings refillery is the ideal place to try the products and then take some home with you. 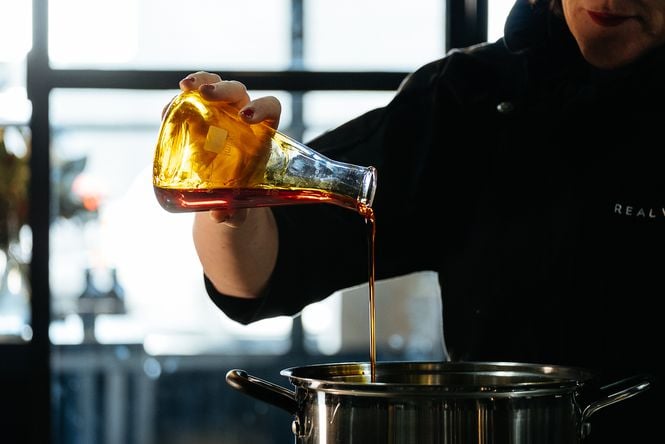 11.30am: Shopping at La Petite Chocolate

Choccy fans step this way. That’s everyone, right? The team at La Petite Chocolate have come together with a love of chocolate and a passion for ethical and sustainable business practices. They truly love what they do… and it shows! Will you stay safe with the divine milk chocolate (one of the creamiest and most balanced Milk Chocolate you will ever try) or try something new with the Smoked Chilli & Lime, an invigorating and tantalising experience that will leave you wanting more? Let the heat of the chilli slowly build and release its subtle smokiness. It’s more than your average bar. 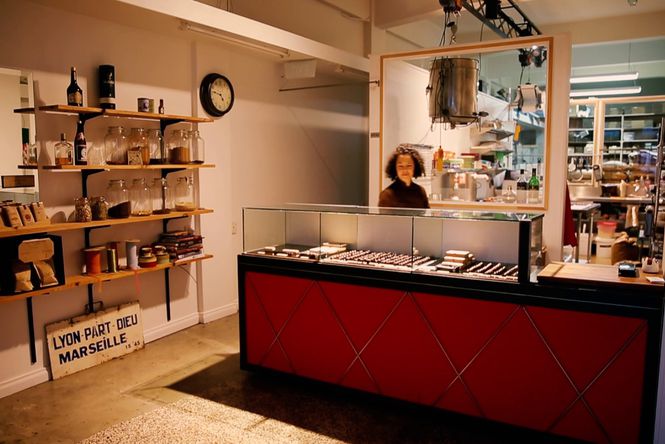 Panoply Studio is really something to write home about. Both a retail and workshop space, specialising in traditional Letterpress, Calligraphy and bespoke Stationery, you can certainly learn a trick or two (old or new)! Their workshop has facilities to hold art-based workshops for a maximum of eight seated students. 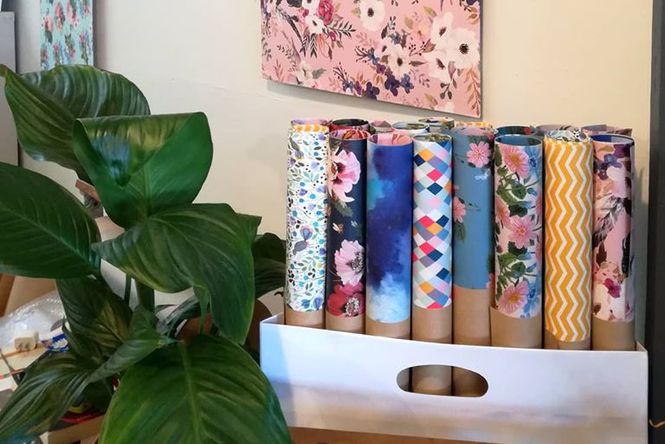 With a love for feeding folk and putting a smile on their faces, Carr's Kitchen’s passion started at home with dear old Nana, Joyce Carr. An inspiration to them, the family and its values are at the essence of this business. We almost feel a part of it. Between burgers, curly fries and sides, be sure to leave some room for the Hot Mini Donuts served with Joycie’s chocolate sauce and berry coulis... get stuck in! 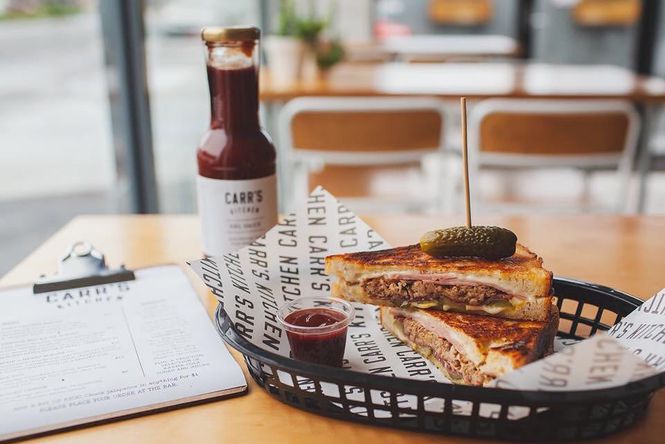 Hastings Art Gallery showcases contemporary art with stories to inspire. Discover art experiences and the Maori dimension that acts as the Gallery's guiding force. You will soon be absorbed in the rich cultural heritage. Be sure to swing by the Te Toa, Hastings City Art Gallery’s unique art gallery shop that showcases and supports local and national artists, selling one-off studio pieces, ceramics, jewelry, taonga and more. 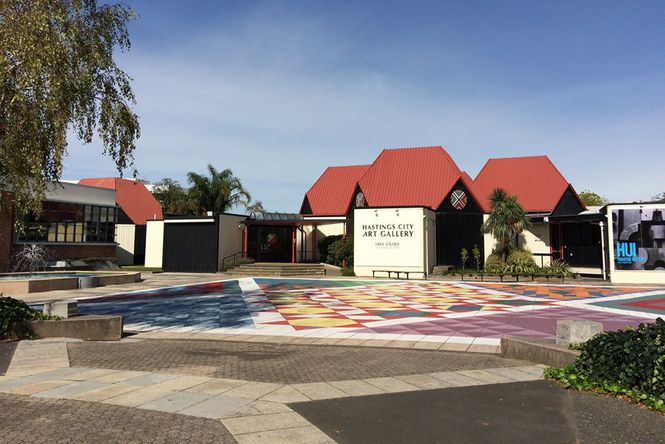 An experience not to be rushed, you can get to know your wines and your stand out faves at these world-class wineries. Bridge Pa Triangle is recognised as a premium grape-growing winery area in the Hawke's Bay region, with soils providing depth and flavour. If you really want to delve deep into the geography, you can refer to a soil map showcasing the oldest soils on the Heretaunga Plains, formed over thousands of years by the changing course of the lower Ngaruroro River. Prefer to taste the fruits of its labour? We thought so… choose your winery, though one is never enough, and settle down with your tipple or two in this very special corner of the world. Remember, it’s good to try a good array to really know what gets you going, and you can! 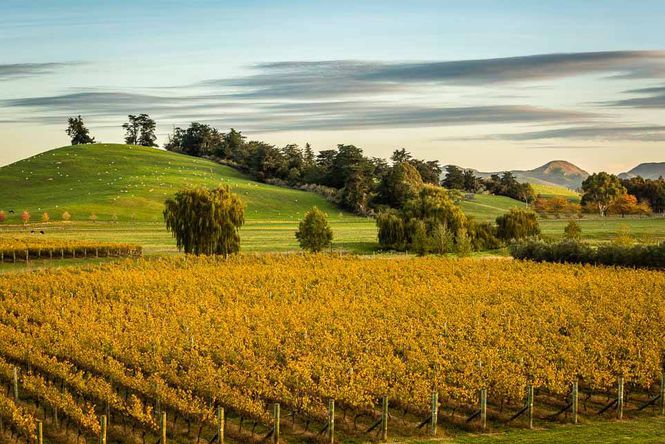 A welcomed addition to an expanding core of artisanal stores, eateries, taprooms and cellar doors, along a block of Heretaunga Street East. Hawke's Bay couple Kate Galloway and David Ramonteu, had a vision and refined plans to transform a former Hastings book store into a craft gin distillery… comparable to a winery cellar door, offering tastings beginning with gin and seasonal specials. Get your ginspiration going here folks, with a hub of energy and a building you’ll want to selfie with. 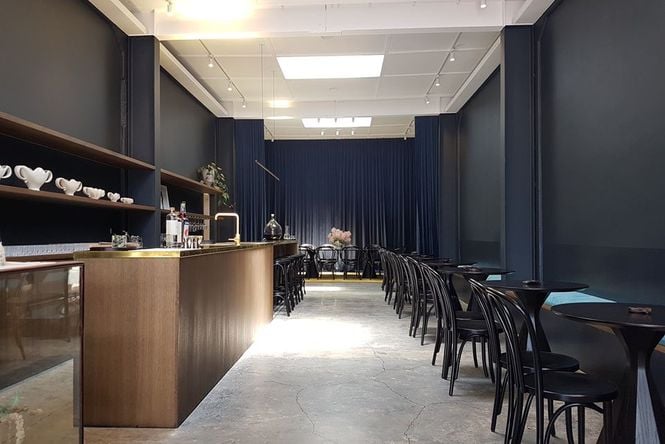 The folk at Sazio believe the key to a fulfilled life is found in something pretty simple and that something is just what they can help with... Fullness! Fix that carb craving with all things pasta and wash it down with a mighty fine drop. Tuck into a plate of spaghetti with a side of sourdough focaccia. Buon Appetito! 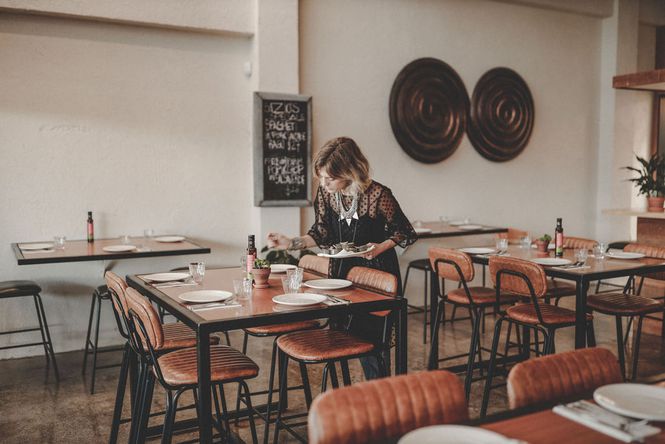 It's all in the name. Yes, they do create fun and buns indeed. Funbuns is one of Hastings hottest new hangs, emphasising a devotion for bao buns. You know, those Chinese buns of fluffy perfection? Steamed and stuffed with goodness, the menu combines the best of Asian street food together with Hawke's Bay's local and seasonal produce: go for the Fennel Lime Pork bao or Vegan Classic Bun with crumbed and fried spiced tofu, pickled cucumber, hoisin ketchup, peanuts, and coriander. 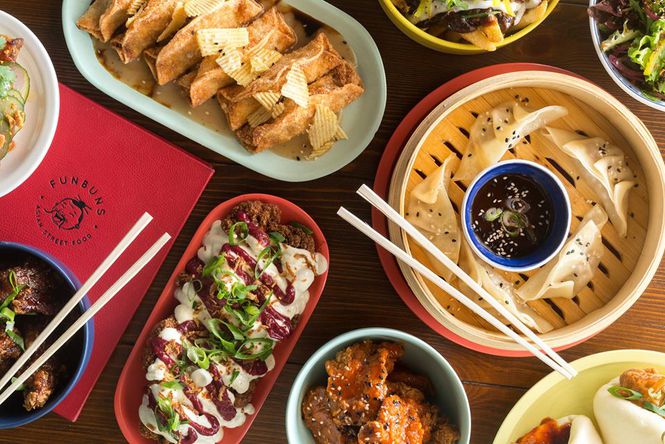 Make your last stop of the day Brave Brewing. Starting off life making beer in the back shed of their first home, husband and wife team Gemma and Matt have since turned their little brewery into a Hastings success story. Sit back, relax and sip on some of their finest brews, from 'The People's Pils' (a German style Pilsner) to 'Stay Gold' a Pacific Wheat Ale. 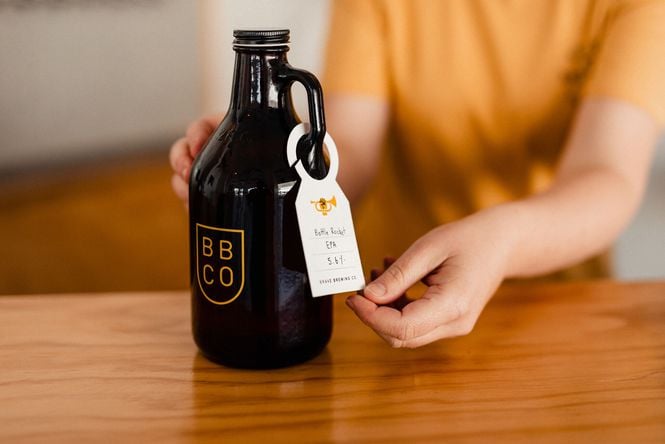 A little bit of history: Hastings was founded later than other Hawke's Bay towns. Runholder and entrepreneur Thomas Tanner and partners illegally leased land on the Heretaunga plain from Māori in 1864, and were granted an official lease in 1867. From then on, the foundations were laid for its future as a service town to a growing agricultural economy.

These days, within the central city, there’s a growing team of locals working to inject new vitality and economic diversity into the Hastings CBD. Evidence of their work can be found in an evolving reef of restaurants, cafes and bars, boutique shops and a lush green space

Also worth a visit (if you have more than 12 hours):

If you have a little extra time to spare, visit the region’s most famous ice cream parlour just outside the city centre: ice cream has been produced at Rush Monro’s Icecream Gardens for generations. With 90-year-old recipes of farm-fresh cream, whole milk and pure cane sugar, you know you are in good hands!

Hawke's Bay Farmers’ Market, among NZ’s oldest and largest weekly farmer’s markets, is a must-see for a good old mooch and meander. There is nothing fresher or finer than a barrow load of food from these community markets.