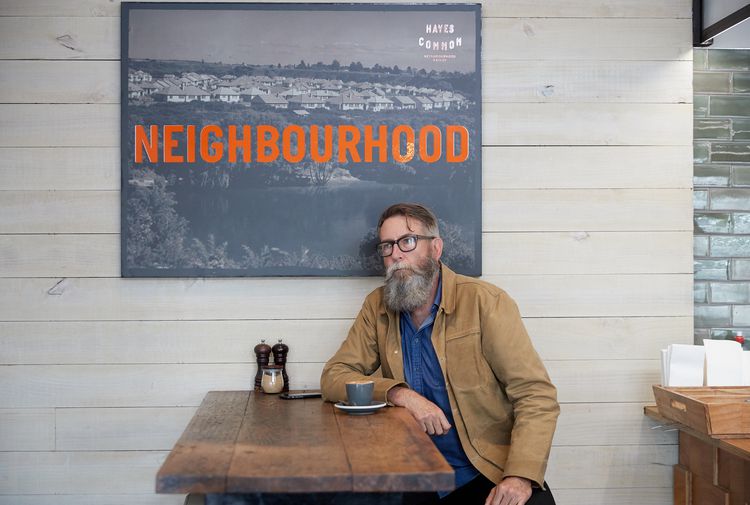 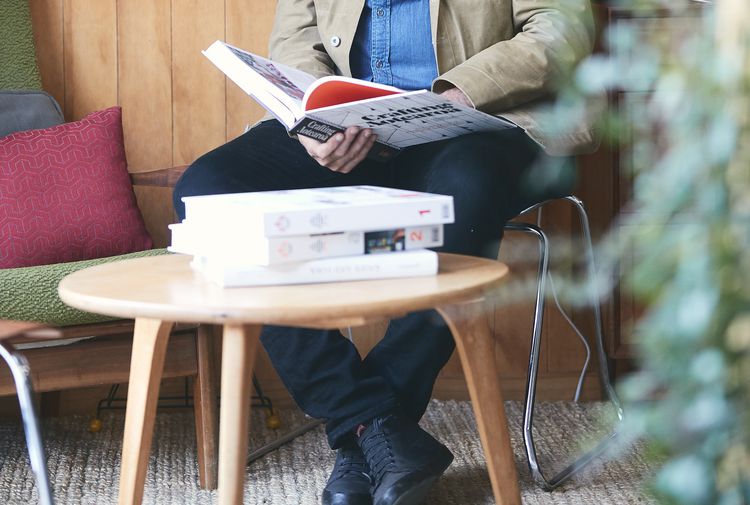 Alan owns and operates Area, a boutique graphic design studio specialising in communication and brand identity design.  After graduating from Wintec, Alan went on to Inhouse Design in Auckland where he worked for a decade before returning to Hamilton and establishing Area.

Area started out primarily in the cultural sector, designing books and working with various galleries and museums around the country, creating exhibition identities and small publications. More recently they have established a broader client base operating across all sorts of spaces.

10 years on and now a team of three, Alan reflects that this growth has been pretty organic, “going from hardly any work — to pulling crazy hours, to the point I was constantly working and clients were too afraid to come in with new projects!

“The other catalyst was getting tickets to America for a significant birthday and knowing the business had to keep going for a month while I was away. That's when Anna came along. I’d seen a great series of black and white screen-printed gig posters she’d done, which had always stuck in my mind. She was keen for a new challenge, had the right level of maturity and experience and dived in the deep end a few weeks before we left for the US! We’ve never looked back with Dave coming on board late 2017 adding a whole other skill set, including animation”.

Collaborations with creatives are enjoyed both for being able to design and organise their narrative and the exchange of ideas that happen over the course of the project.  Alan and the Area team are right behind helping to develop Hamilton’s arts scene, working with a range of clients who share this vision.

“We’ve been supporting Weasel Gallery since its inception and it’s great to see it grow and become part of Hamilton's cultural landscape. Weasel presented at the Auckland Art fair this year, which is a fantastic achievement.

I’ve done several publication projects with fine art photographer and Wintec tutor, Mark Purdom. Our first publication From Certainty to Doubt conceptually explored Mark’s fascination with mimicry and camouflage while challenging the notion of what a publication is. It was a really enjoyable collaboration that went on to win several awards nationally and spawned an exhibition, catalogue and I even did a DINZ: Designers Speak presentation this year up at Panama Square.

Dave and I have just completed a 464 page book for Te Papa Press on a cultural history of craft/making in Aotearoa and the wider moana oceania. Design-wise it’s a complicated beast with 400-odd images, a running glossary, extended captions, side bars, running footnotes and bibliography and body text on every spread! Along with its authors and contributors, we hope it goes on to become a key reference culturally in the New Zealand craft sector.

Finally, any project — regardless of scale, where we nail the essence of the brief and create considered, interesting work that the client is excited about, we would deem significant.”

Back in the 80s it was music that led Alan to Hamilton. Kirikiriroa had quite the bustling indie scene, with energetic support from punters and local student radio. He’s still enjoying playing as much as ever and is now part of ORBJKS. “I’m going to attempt to describe the sound: a sinewy rhythm section swathed in a pitchy cloak of layered ambience, fuzzy math guitar with dolphin and unicorn samples”.

Area’s studio is adjacent to the ex-state house shared with wife Katie Deare of Lovegrove Lane’s Sun Salute Yoga Studio and HEARTH.  “Hamilton has been very good for us. I walk to work, so I’m reducing my carbon footprint (8m door to door). Katie is in and out during the day so we have little catch-ups, and the general vibe is mellow. If we go for a stroll we’ll more often than not bump into locals down the street. The Waikato is a mighty handsome river — right on our doorstep. We’ll wander up to the village for dinner and then we’ll stop off for Duck Island Ice cream on the way home, what’s not to like?

Of other neat places Alan says “we’re never too far from our local, Hayes Common – be it brunch, coffee or dinner, it’s all top notch. Amazing dhal or soup midweek at HEARTH down Lovegrove Lane. Needle in the Hay is always cool. Our main thing this year has been getting out to all of the great day hikes in the region, Karioi, Hihikiwi track/Pirongia, Mount Te Aroha, Wairere Falls.

Hamilton: “it’s neater than you think!” 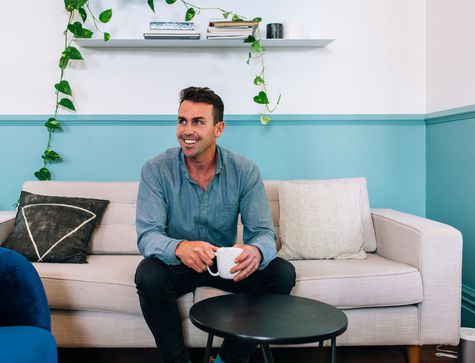 Man with a Plan 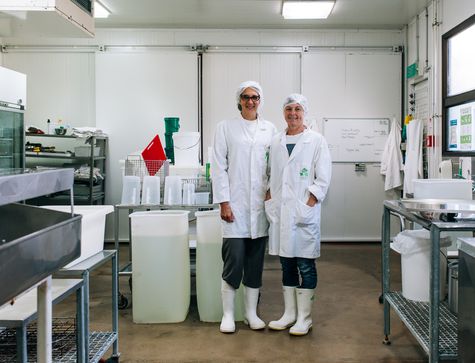