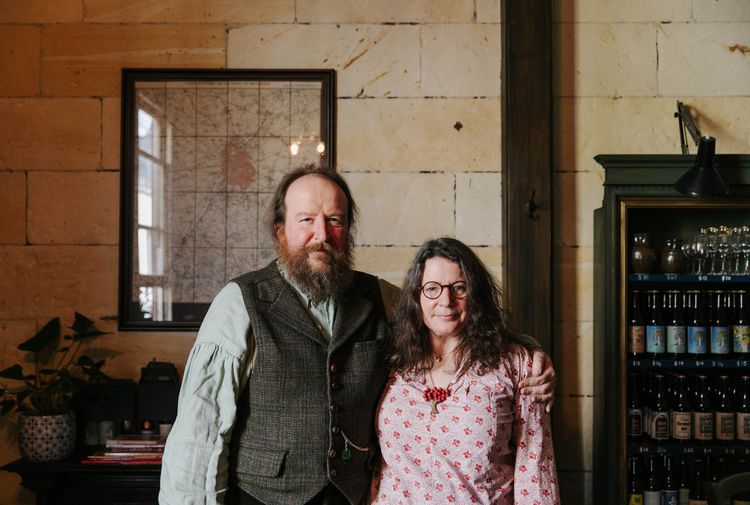 Lee-Ann Scotti and Michael O’Brien form two equal halves of Craftwork's brewing team that’s a partnership in every sense of the phrase.

Lee-Ann and Michael are partner partners, business partners, beer collaborators and by their own admission, start talking about their brews from the moment they wake up each day. They’ve known each other since they were teens but only started this journey together about twelve years ago. On select days you can find the duo minding the taps at Craftwork, their tasting room in Oamaru’s Heritage Precinct. The hours are limited just like their award-winning Belgian beers which they brew on a “stupidly small, nano almost nana scale.” Lee-Ann and Michael’s story is easy to tell and their beer is even easier to drink. Making it however is no small task.

LA: O’ambic. We expose it to the air then put it in a barrel. Oamaru has the perfect climate for making it. You end up with all of these probiotics.

M: It’s the oldest way of brewing. It’s basically brewing before people understood that yeast was a microorganism. It survived the ‘Coca Cola’ years when most beers in Belgium were pasteurised and changed to appeal to sugary tastes. This one managed to get through. So that’s what we do, no sweetening or pasteurising. The process is actually protected by EU designation, like champagne.

LA: We’ve got to call it O’ambic style as a result. Brewing this way appeals to me because when you put the wort out you don’t know what you’re going to get. You have to work with that randomness. Other breweries are product focused, but we are process focused. We live with the end product and don’t manipulate it.

Any favourite moments along the Craftwork journey thus far?

M: The first Beervana we went to. We hadn’t even attended as customers so we had no idea what to expect, but we knew beer nerds flew in for it and we thought ‘Ok these punters and geeks are our audience’. Other brewers said don’t take your beer in bottles, you won’t make any money. But we didn’t keg beer then we only did bottles so we had to learn fast.

LA: We took O’ambic on hand pull, no one had taken that to Beervana before. At one stage we were the people’s 1st, 2nd and 3rd beer choice during the day. We were mobbed with a line six deep the whole time. I felt so overwhelmed and supported I just started crying. We couldn’t walk by the end of the weekend; we’d been standing for nearly 24 hours.

How did the quick kegging learning curve go in the brewery?

LA: We got the little kegs homebrewers use. We treated them like giant bottles, we conditioned them and let them sit just like we let bottles sit. We just tested the process to see if it’d work.

M: It was a very ‘Who would do that moment?’ It was a crazy risk but it worked! I was such a wreck, but that risk put us on the map.

What gives you the energy to keep brewing in this way each day?

LA: We had a few people from Auckland come down last weekend. We just really like things that are made slowly. We highlight spontaneously fermented beer, natural wine, and small batch cheese. You can’t always get our beer and you can’t always get these things either so it all fits in. When we meet foodies that recognise what we’re doing, that’s affirming for me.

M: The kick we get out of it, the excitement. We’ve got a cult following which is great because we don’t make normal beer. People come to town for it, we’ve even had people from Melbourne fly in.

How do you find brewing with your partner?

LA: It is unusual that we’re a couple. I get patronised, people think I’m the helper. But we are both very committed to this. It’s very collaborative. We wake up and talk about brewing. It sounds boring but it’s not and we have so many friends as a result. We’re also very competitive – we do Napoleonic wargaming.

M: We are a couple, we’re pretty much on the same page. We share recipes and ideas and development and so on. It’s an exponential thing, like three people working on something verse two.

Any advice for homebrewers trying to level up?

M: Try every beer. Brew what you like, don’t just brew what’s fashionable. Drink other people’s beers. Drink it all the time. Read and drink all the time, actually. Then brew a few things that inspire you. 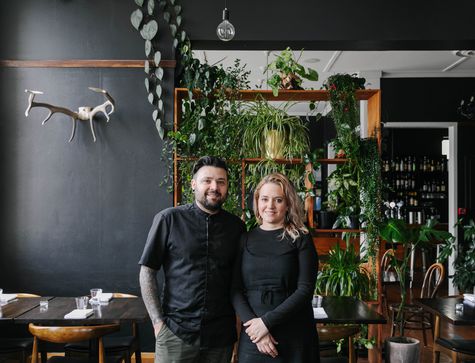 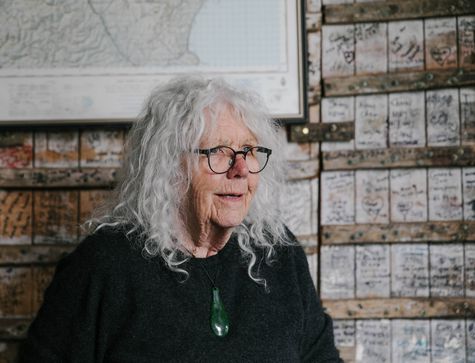 After a few years of amateur foraging, I was giddy to meet Fleur Sullivan of Fleurs Place, a Moeraki restaurant I’d imagined many times in my head.