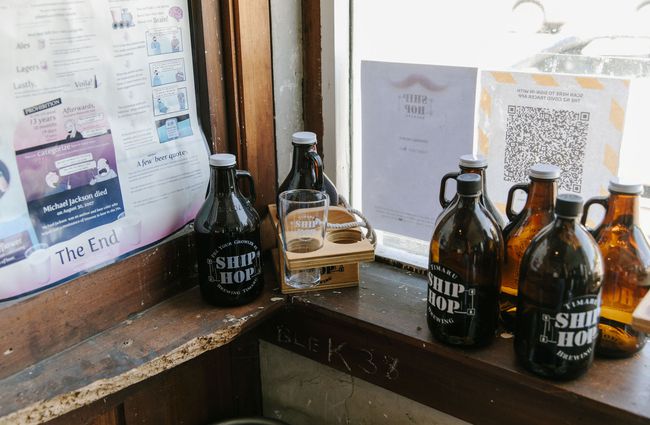 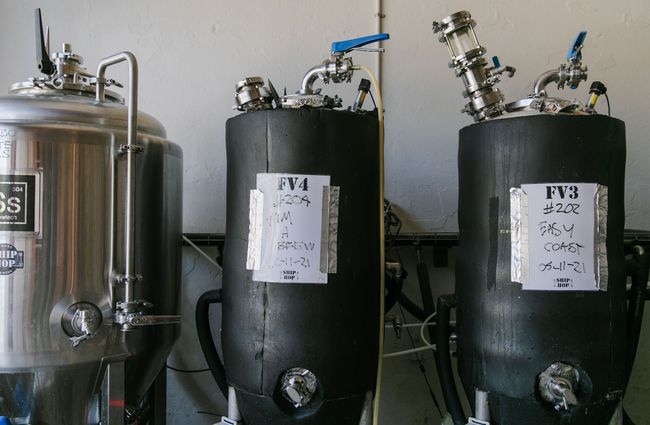 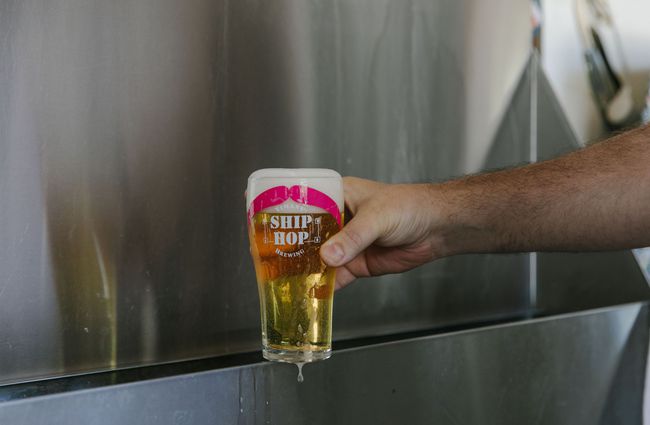 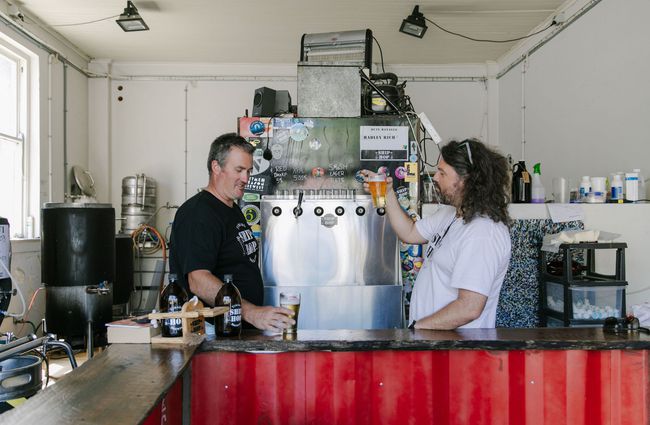 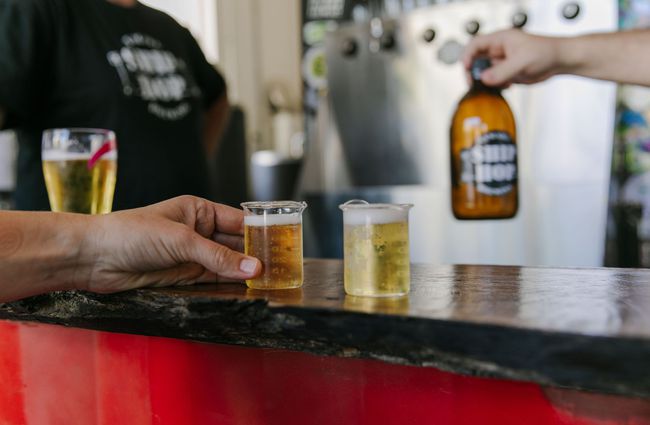 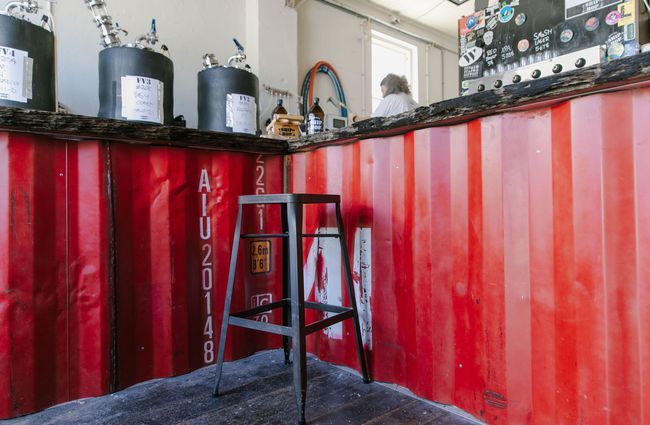 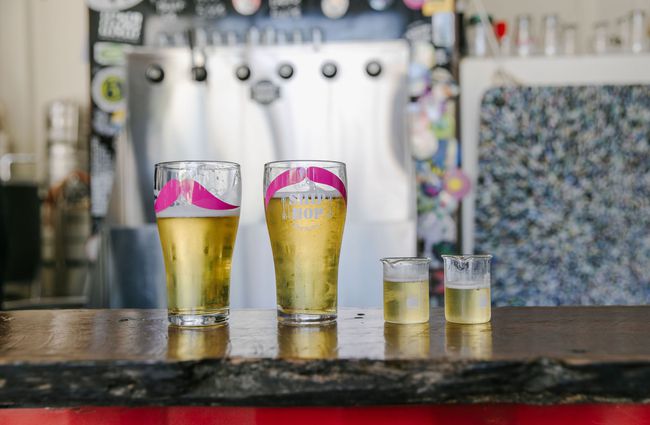 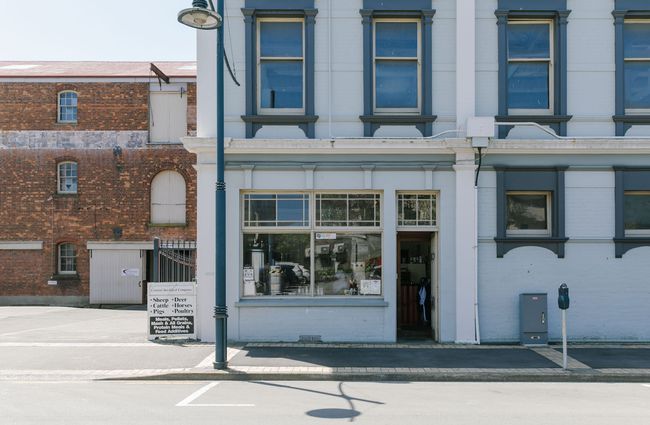 Timaru’s only microbrewery, Ship Hop Brewing, is a gem awaiting discovery. Tucked down near Timaru Station and Port, the petite brewery is housed in a stunning turn-of-the-century building with a working wool factory as its neighbour. Currently, the doors open once a week for craft beer enthusiasts to taste and purchase a variety of craft beers directly from the brewery.

The brewing company was initially set up in a shipping container on farmland just out of town, and if you look closely you’ll notice remnants of that very container functioning as a side to the inbuilt bar. To keep with the theme, the countertop is made out of a pile from the old town wharf.

Ship Hop produces around six staple beers and a monthly special, which offers the brewers a chance to experiment. Around 100-200 litres of beer makes its way to local pubs in kegs and homes in riggers, weekly. The brewery has quickly built up a loyal local following, and is making a name for itself in the national craft beer circles, with people from all over the country making the trip to Timaru for a taste of Ship Hop beer.

Future plans include expanding the hoppy offerings and opening a proper bar where people can sit in and enjoy Ship Hop brews. 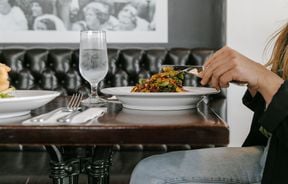 Ask a Timaru local where to eat in town and chances are they will point you in the direction of The Oxford. 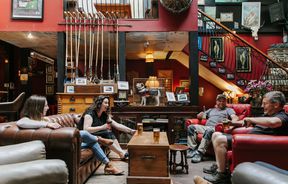 If a unique, cosy atmosphere, regular live music and a great selection of beverages sound like your kind of bar, then Hector Black’s is a must-visit. 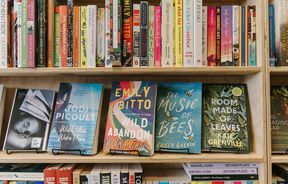 There is something quite special about stumbling across small, independent booksellers. Bay Hill Books, in the heart of Timaru, is most definitely one of those petite treasure troves for literature lovers. 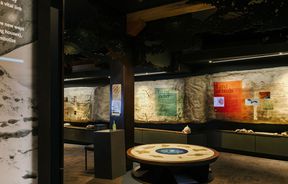 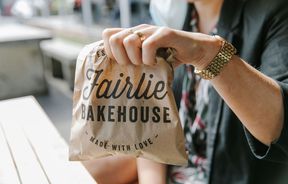 What began as a tiny family business with a team of four thirteen years ago, has grown to be one of the best known and most awarded pie-shops in the country – Fairlie Bakehouse. 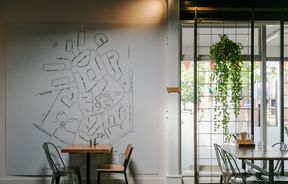 Ministry of Works is the social go-to for both Twizel residents and visitors alike. 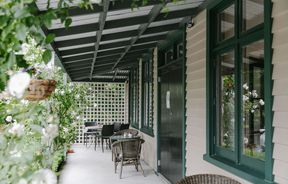 Café Verde in Geraldine is known for its luscious garden setting and outstanding food. Located in an old phone-exchange building, this is the local café-goers meeting spot where generations of friends and family come together over a cuppa. 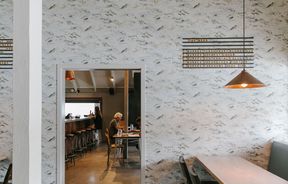 Get to Know the Culinary Curiosities of South Canterbury 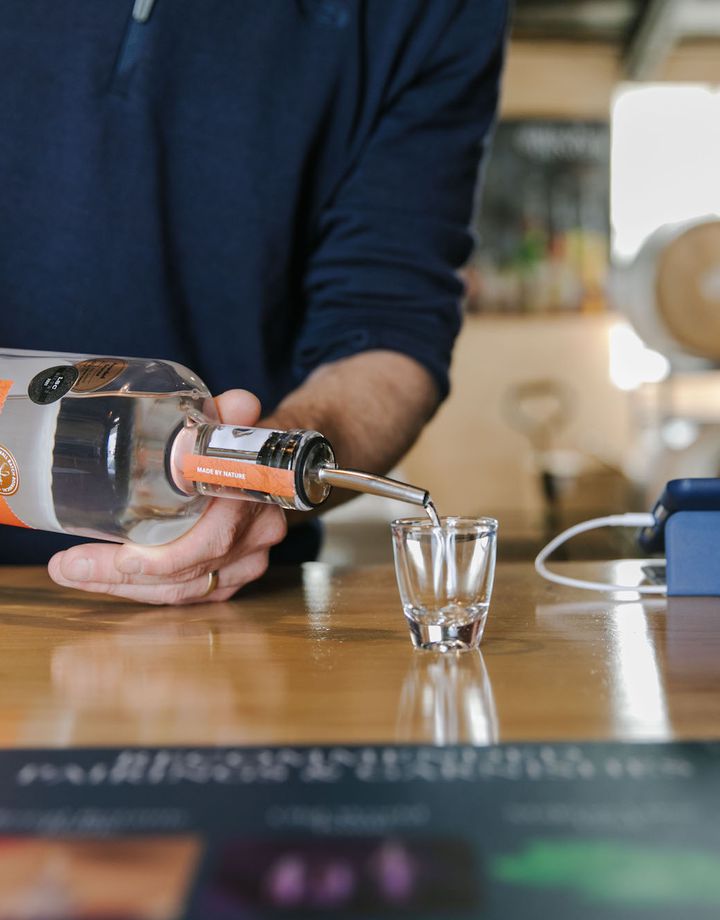 Story South Canterbury
While famous for its sheep runs and hardy shepherds, South Canterbury has far more to offer than farming and vast plains. The picturesque landscape of the region is filled with fertile soil and fittingly home to a huge number of innovative producers and makers of consumable goodness.

Get to Know the Town of ... Timaru 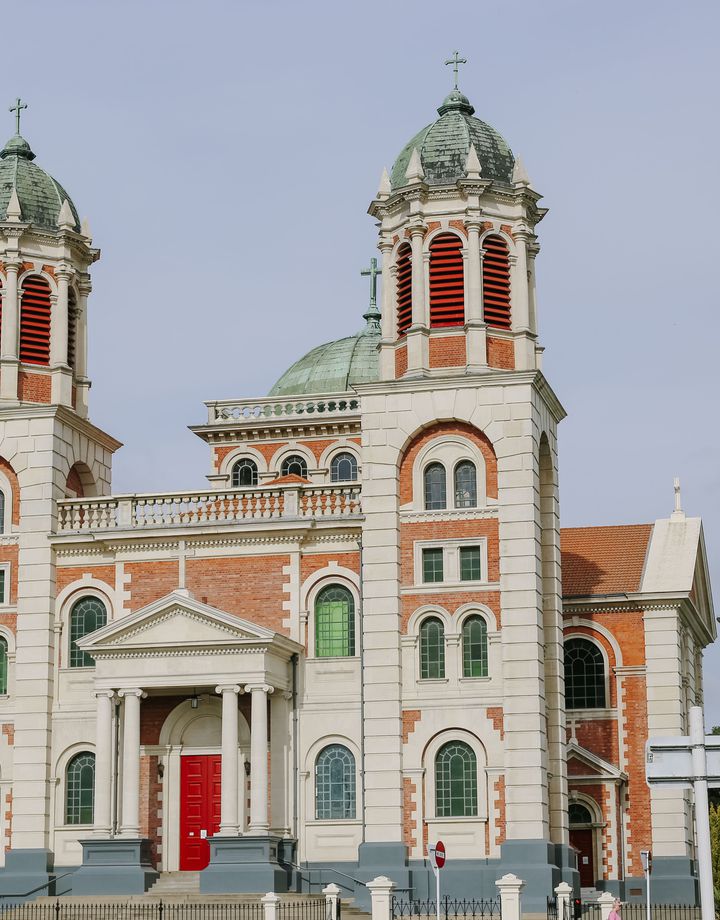 Story South Canterbury
The Riviera of the South, Timaru, is a South Canterbury east coast town well worth getting to know. The second largest city of the region, Timaru has so much to offer visitors that it’s pure madness not to have it on your must-visit-list.