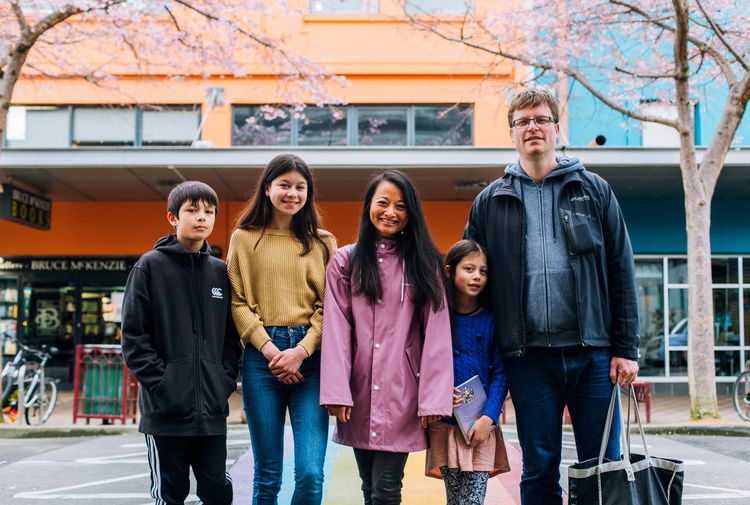 Over the last eleven years Mahalee and Benoit Guieysse have built a home, raised their family, pursued different career paths and set up their own business on top of it all. We couldn’t cover all of the ways they spend their time here in one chat but we did get to learn about Mahalee’s tourism work, Benoit’s biotechnology research and Tahi, the spirulina farm they launched in 2018 - New Zealand’s first.

Benoit: I went to Sweden as an exchange student in chemical engineering at Lund University. They also had a big exchange program with the University of California schools - Mahalee came over from California  to learn Swedish while studying Anthropology and Communications.

Mahalee: It was a random summer night and only the exchange students were around. Another exchange student from California and I decided to head out anyway and found the city to ourselves. We ended up at the same student pub.

How did you make your way to Palmerston North?

Benoit:  When we were living in Sweden, I met a Kiwi researcher at a conference. I saw him again when we were living in Singapore and six months later, he called and said, “We’ve got a job in Palmy, are you keen?” I couldn’t break my contract, but he later called again to say the role hadn’t been filled. It eventually all worked out in 2008.

What have you been up to work wise since moving here?

Mahalee: My background is in Anthropology and Communications. I’ve done a lot of work with tourism operators in Tairāwhiti Gisborne, Rotorua and Fiordland. I learn about their products, write and share their stories so I’ve gone and done different tourist experiences and then helped the operators translate that experience for their audiences. It was always my dream to explore the best bits of New Zealand and to tie that in with what I like to do in terms of writing and Anthropology. It’s not just a job for me but inspires me and is an extension of how I immerse myself here. Due to the impact of Covid-19 on our tourism sector though, I’m focusing more on Tahi Spirulina at the moment.

Benoit: I do environmental and biotechnology research and teach full-time at Massey.

Mahalee, what’s been the most memorable experience you’ve had through your tourism work?

Mahalee: This is a tough question because there have been many! The Maunga Hikurangi sunrise experience in Tairāwhiti Gisborne was a cultural journey that remains with me to this day as well as Tamaki Māori Village in Rotorua. I really enjoyed the authentic storytelling and learnings I took away from both experiences. In the South Island, my time in Fiordland was just magic – an incredible place to discover. So much so that we are headed back there over the summer holidays.

Tell me more about Tahi, how was that concept brought to life?

Benoit: I had been interested in commercialising a product in New Zealand since I started working as a researcher. However, I’ve seen many great ideas fail to reach the market because the process to commercialisation took too many years or because there was no real market to start with. With Tahi I wanted to invert the process and sell something quickly, learn from it and then innovate.

Mahalee: It’s been around for ages, it’s ancient really. But it’s not something that everyone is too familiar with in terms of what it actually is and its range of health benefits. Those in the know do know what a true superfood spirulina is.

Benoit: As a farming system, spirulina production is actually quite established, and I knew from my research that the Manawatū had the right climate for growing it. It’s a productive crop with low environmental impact, which is important to consumers. I needed a proven business model that would work here but could only find examples of large-scale farms that would be difficult to start here. When I was visiting my brother in France, I learned there were hundreds of small “artisan” spirulina farmers in France who targeted a high value market. That’s where I discovered the small-scale model which we’ve applied and continue to perfect here.

Mahalee: We now grow it with that model on a sustainable farm out by the beach at Himatangi. It’s a beautiful place to produce New Zealand grown spirulina.

How has the Tahi journey towards innovation been so far?

Mahalee:  It just kind of feels bigger than both of us. We have two local staff and three directors. We’ve got a good team, we’re growing, and we’ve got five products available now. Spirulina powder is what we launched first with. We continued with spirulina crunchies. We did not think people were ready for them, but I took some to the Green Expo in Wellingon last year. Everyone wanted a taste and loved them. We recently launched our tablet range including one that is blended with New Zealand blackcurrants.

Do you do farm tours?

Mahalee:  We get that question a lot and eventually one day we would love to be able to share the wonderful world of spirulina farming with others but we’re just not there yet. However, Radio New Zealand did interview us earlier this year so you can get an awesome audio tour of the farm which you can find online. The 22-minute episode takes you deep into the heart of our artisan spirulina farm in Manawatū so you can learn about how we grow these aquatic micro-algae at Himatangi Beach. 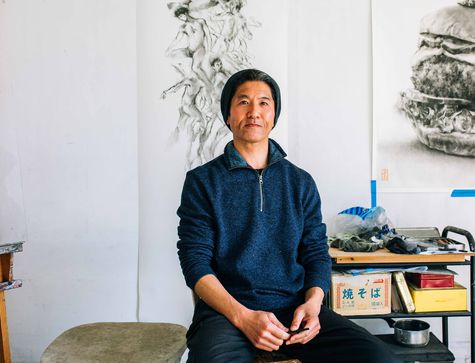 Naga Tsutsumi is one of Palmerston North’s most cherished artists. His large scale charcoal drawings are considered and full of movement and detail to explore. 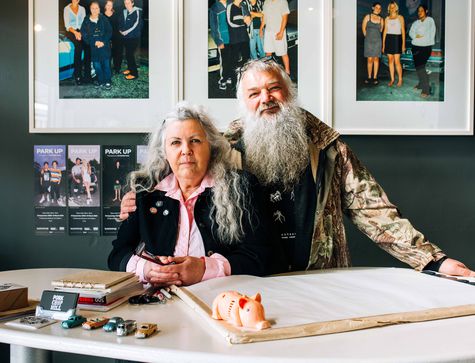 Te Motu o Poutoa, Anzac Park, affectionately known as “Pork Chop Hill”, is a look out point, observatory and car park perched on a bluff above the Manawatū River. Like many Palmerstonians, local creatives Catherine Russ and Simon Francis hung out there as teens.