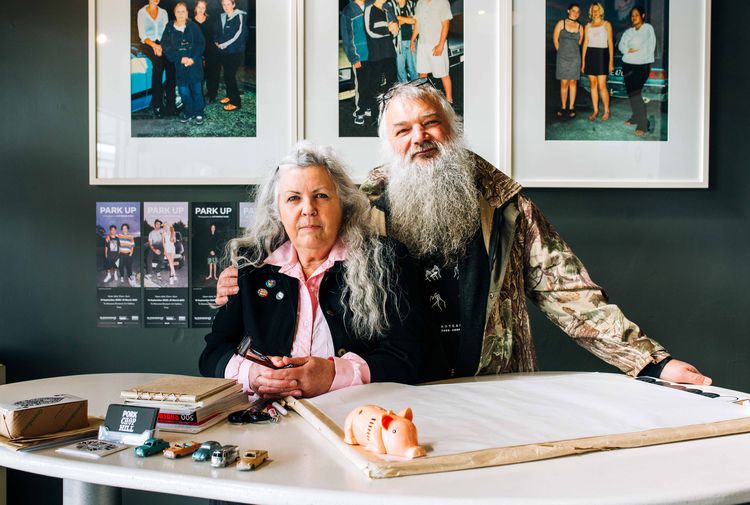 Te Motu o Poutoa/ANZAC Park, affectionately known as “Pork Chop Hill”, is a lookout point, observatory, and car park perched on a bluff above the Manawatū River. Like many Palmerston North locals, creatives Catherine Russ and Simon Francis hung out there as teens.

In 2014 they helped establish an independent clothing label PORK CHOP HILL. The iconic t-shirts can be seen all over the city.

Te Motu o Poutoa/ANZAC Park, affectionately known as “Pork Chop Hill”, is a lookout point, observatory, and car park perched on a bluff above the Manawatū River. Once a Māori pā site, then a memorial to fallen soldiers, the landmark location is currently under development. Like many Palmerstonians, local creatives Catherine Russ and Simon Francis hung out there as teens. In 2014 they helped establish an independent clothing label PORK CHOP HILL. The iconic t-shirts can be seen all over the city, even though the shop, on Cuba Street, opens only on Saturdays (or by appointment).

In addition to the brand, Simon and Catherine have been involved in the Palmerston North arts scene for a number of years. In 2001 Catherine established Thermostat Gallery which she ran for over a decade. The couple have recently reopened the gallery in a ground floor venue on The Square. Catherine was also a founding member of the Palmerston North Public Sculpture Trust responsible for the large scale public sculptures you may have seen around the city centre.

Most recently, Catherine completed a photography exhibition which is a follow on to her 1998 series ‘Pork Chop’. The portraits, which document the people who have visited Pork Chop Hill, are insightful and engaging. Three of the original portraits can be seen at the shop, and her new series ‘Park Up’ is on display at Te Manawa until March 2021. We met up with Simon and Catherine to learn more about this place which is, as they put it, Palmy’s secret handshake.

What is Pork Chop Hill? How did the spot get its name?

Simon: No one knows how it got its name. It’s an inspiration point, a place to go and “grow up”. Catherine took the photos behind us here 20 years ago, and she’s taken similar photos now for her show ‘Park Up’. The spot became a hangout back in the 60s. It’s just across the river and at one time that was the edge of town. On a good day you can see all the way to Mount Taranaki and Ruapehu - it’s a fantastic vantage point, a place to park up and enjoy, hang out and wait for people to turn up.

Catherine: Lots of people come into the t-shirt shop with stories about what went on at Pork Chop Hill when they were young. Mostly fond memories, but some seriously sad memories too at times.

Simon: For Palmerstonians, the phrase Pork Chop Hill is like a secret handshake. Those with a connection to Palmy, will recognise the phrase, and our tees. Lots of people enjoy telling us on their return from trips overseas, or out of town, how they were spotted by others “in the know”.

What was the spot like when you first discovered it?

Simon: I’ve been going up there since 1980. Back then you could drive at fifteen so as soon as all your friends got cars that was one of the places you’d go. There was a big car culture then and there is now, too. Every town has their own version of Pork Chop Hill.

How did the t-shirt brand and shop come about?

Catherine: When the annual fireworks display began being held at Pork Chop Hill, everything connected really.

Simon: We all wanted to do something new and had dabbled in  t-shirts before. Originally we thought we’d just be online but the shop is the place where it all comes together.

Catherine, the subjects in your Pork Chop Hill series seem so relaxed, so themselves. What’s your approach been?

It’s varied depending on what’s going on. I usually go to the driver's door and explain what I’m working on and give them a handout about the project. This one guy unfolded himself out of the back seat and goes ‘Ah I’ve only got bare feet though’. People aren’t expecting to get out of their cars. For the most part people are really excited, so I try my best as the photographer to get to a point where I am achieving what I need - it can take quite a bit of fast talking. It’s an intense exchange and I hope that is what comes across here. Sometimes you don’t get to that point and the subjects are still smiling and doing what they think you need for a nice photograph, and that’s not so much what I’m after. I always say that if I can’t use the images, it’s everything to do with me and nothing to do with you. I love when I can achieve the right result.

What have some of your favourite moments been at Pork Chop Hill?

Simon: No particular moments come to mind, but when I was young, it was all about the fun and the friendship. Now, it’s the memories and a sense of connection with the place.

Catherine: Inspiration comes easily here. The light, the space, the view and the constant stream of people. 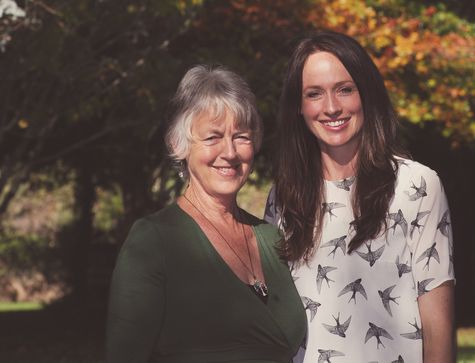 The Herb Farm located in Ashhurst, is one of New Zealand’s most-loved natural skincare brands. Lynn Kirkland started the business in 1993 with one goal in mind, to provide New Zealanders with wholesome, healing, and supportive products. 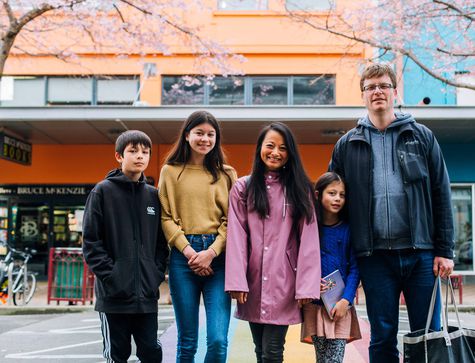