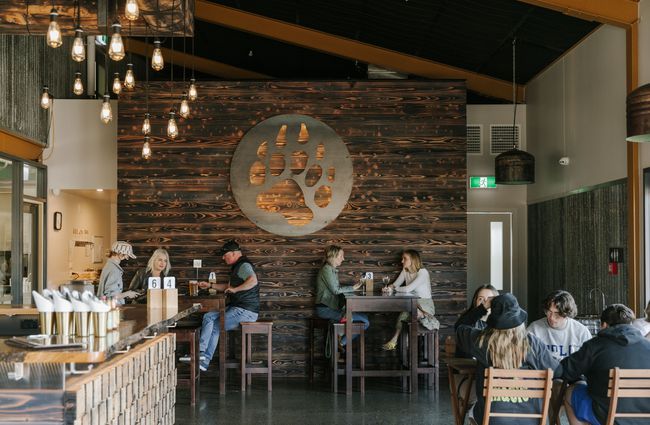 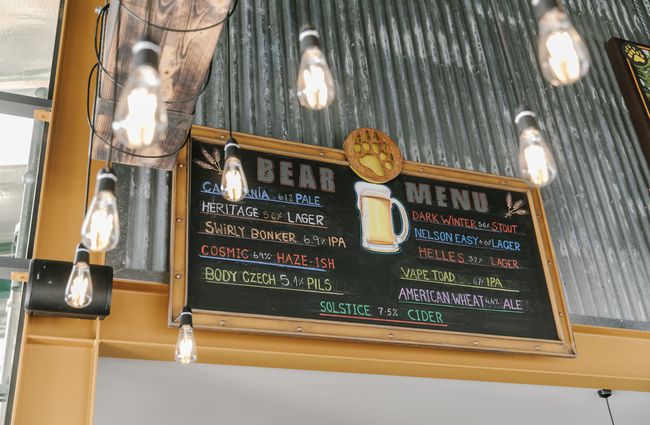 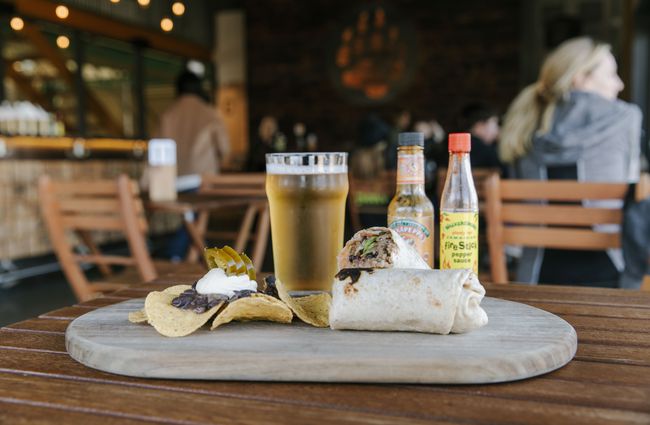 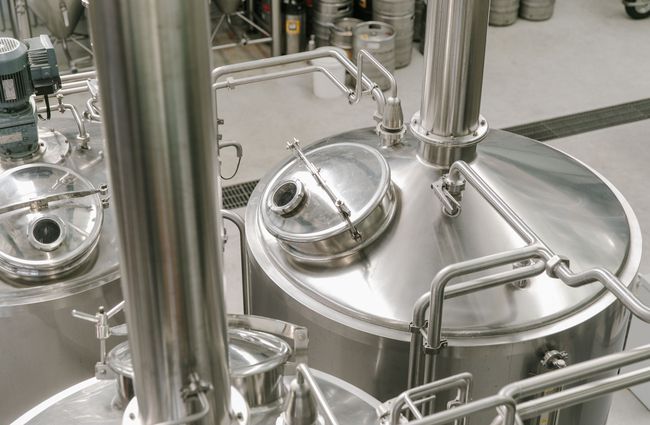 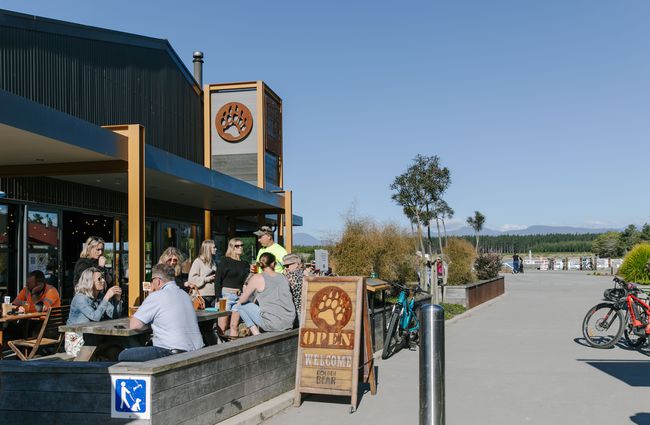 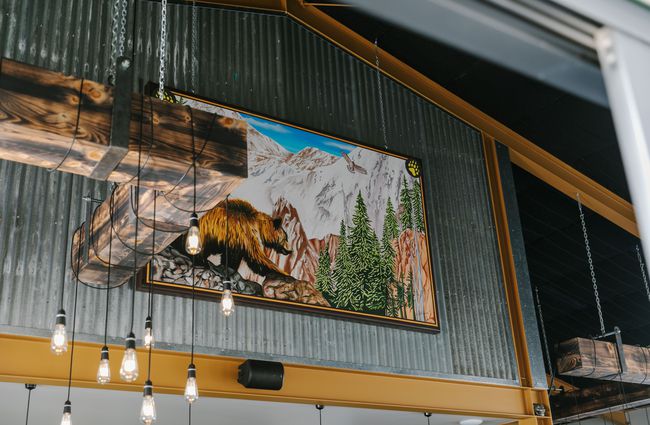 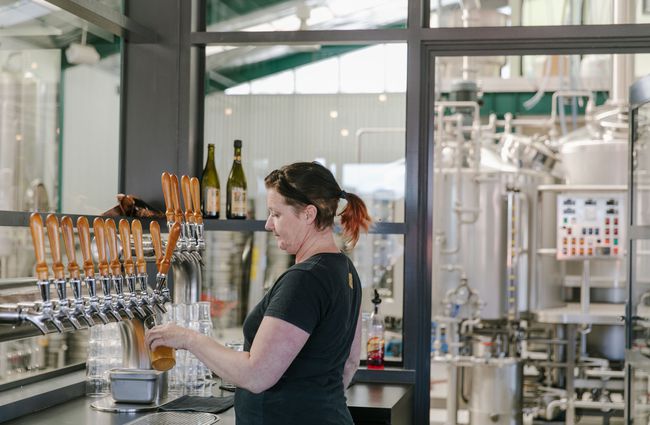 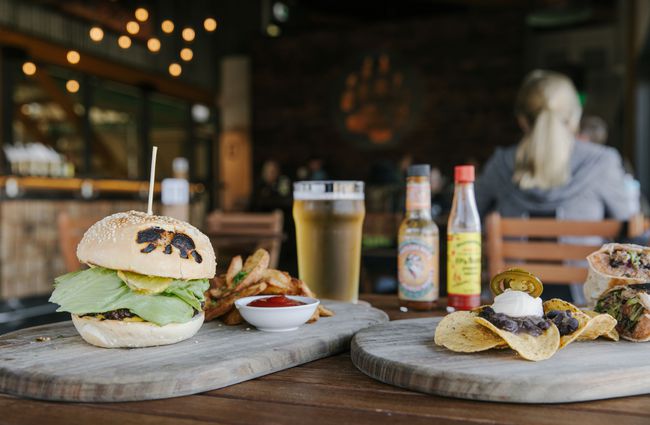 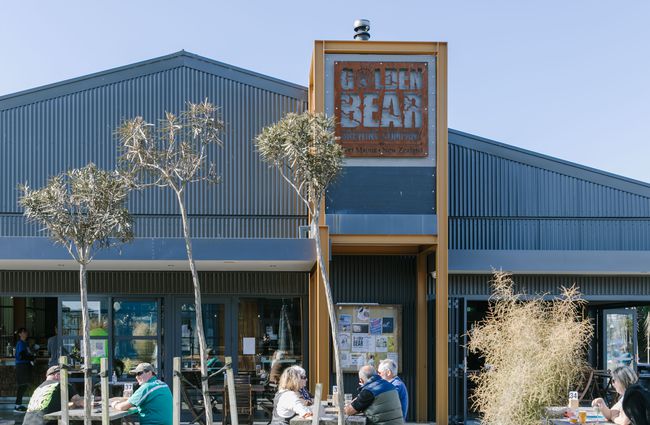 Golden Bear Brewing Company opened its doors back in 2008 and quickly became a hub of great beer, honest food, and regular live music. The brewery and bar sit right on the Māpua Wharf with water views and outdoor seating aplenty.

The building was once an apple crate storage shed, but these days it’s a state of the art brewery where every detail has been thought of. Owner-operators, Los Angeles couple Anne and Jim Matranga, came from architectural and woodworking backgrounds and their expertise shows in every corner of the space. The Golden Bear, a symbol of Anne & Jim’s hometown, is displayed on stunning murals and occasionally stamped onto burgers and burritos.

Talk about food, the kitchen offerings here showcase LA inspired Mexican food: tacos, burritos, quesadillas, and burgers – any of them go oh-so-well with a cold craft beer. The focus of the beer brewed at Golden Bear is on California pales, IPAs, and New England Hazys.

Sustainability and supporting local is second nature to everything done within these premises. Beer is only sold in kegs locally to avoid bottle waste and even wine is sourced from local vineyards in kegs for the very same reason.

Golden Bear Brewing Company is a happening place with a good vibe, which is supported by locals and visitors alike.  Some would say it’s Māpua’s best hidden secret. 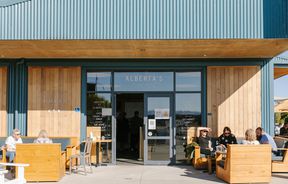 It’s hard to find a more picturesque spot for brunch than Alberta’s at Māpua Wharf. 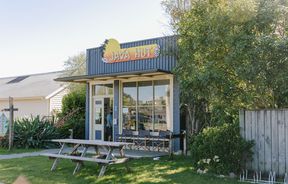 Keen to find that secret local’s coffee spot in Māpua? Make a stop at Java Hut on the main road into town. 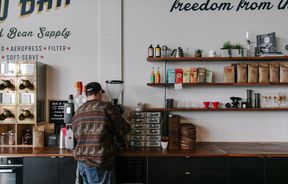 A place to appreciate coffee in its purest form. 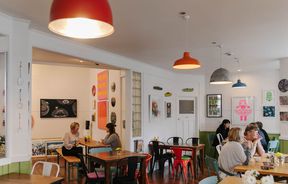 Sit amongst art while sipping a great cup of coffee. 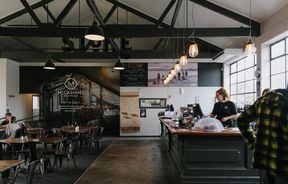 Taproom, brewery and restaurant all under the same roof. 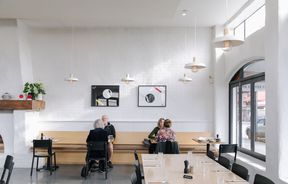 Celebrating honest food in all its glory is what Hardy St Eatery does best. 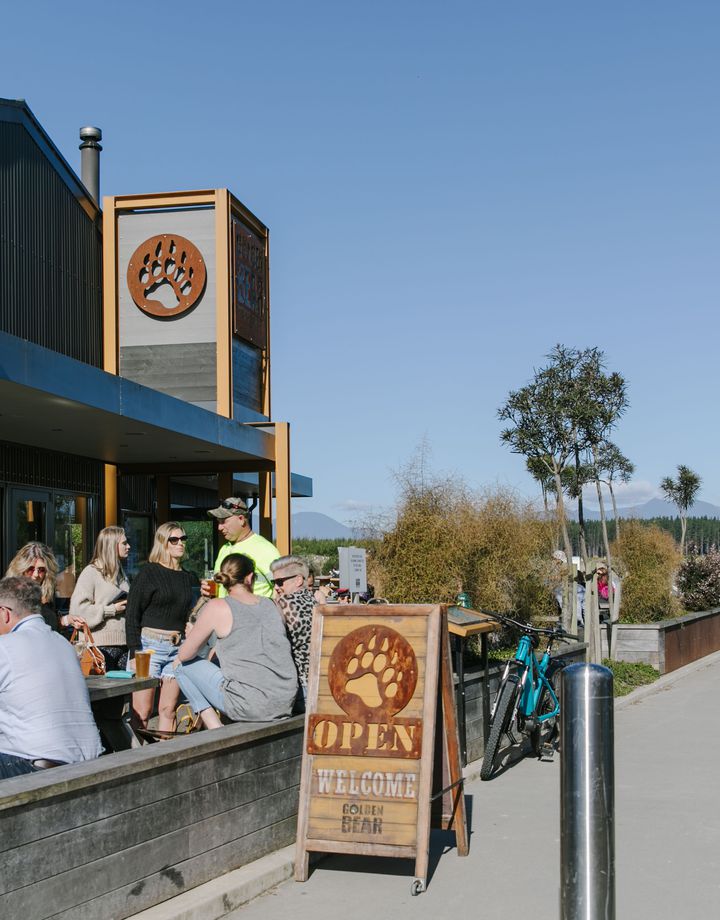 Story Nelson Tasman
A journey of edible delights and surprises for your tastebuds. 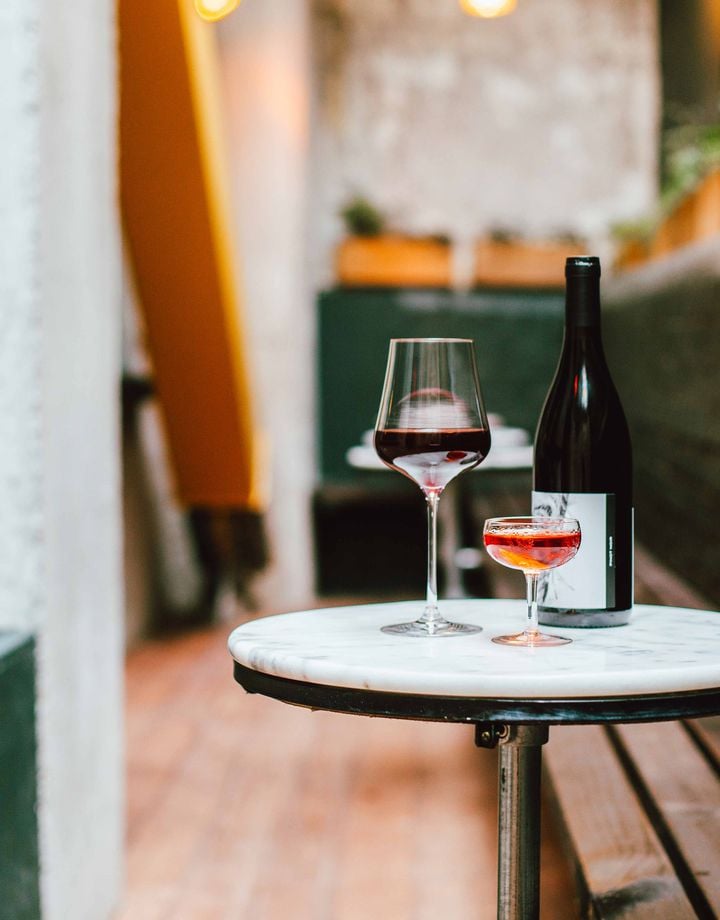 Story Auckland
All around New Zealand, we are blessed with incredible wine experiences right in our own urban backyard. No matter your vino preference from a classic Marlborough Sauvignon Blanc to a Central Otago Pinot Noir or perhaps an interesting blend from a far away European vineyard, you don’t have to travel far to sample and enjoy a glass or two (responsibly of course!).