If you ask anywhere in Invercargill for where to get a great cup of coffee and breakfast, they’ll point you toward The Black Shag. Owner operators, Sylvie Boutelje-Chasteau and Dion Milanesi, have such a passion for sustainable food and top notch coffee that they’ve taken matters into their own hands.

We sat down with them to learn more about what it’s like to run one of Invercargill’s most successful cafes, and what’s coming next.

I feel like since I’ve arrived in Invercargill everyone has been talking about how we need to go to The Black Shag. The success of it is really inspiring. Was this your first cafe?

Dion: It’s our first cafe but I’ve worked in the industry since I was 18. I always wanted to do a cafe. I worked at lots as a barista, and then trained a coffee roaster, and lots of back-of-house jobs but I always had my own ideas. I wanted to try it out. It wasn’t meant to be both me and Sylvie. It was meant to be a little espresso bar but then it just kind of took off.

Sylvie: Ha! Yes I had no hospitality experience at all. I was teaching high school and had never even been a waitress and really learned on the job.

Wow, so how does that work? How do you divide up the tasks and responsibilities?

Dion: Syvlie takes care of all the creative side of things, like branding, imagery and packaging that you see...

Sylvie: Yeah I take care of most of the behind-the-scenes stuff and the bookkeeping, HR… we interview people together and Dion does more of the training, but I handle more of ”the boring stuff.” I find it quite fun though because I’m a bit of a nerd!

And now you guys are roasting your own coffee, I hear? How did you get started with that?

Dion: I think there’s a cool trend happening with coffee roasting right now where it’s going micro the same way that brewing beer went micro. It’s only recently that these machines have become available and affordable for a small cafe to buy a roaster and get started and you can truly create your own brand and product.

You mentioned earlier that you were previously living in Auckland. What brought you to Invercargill?

Sylvie: I applied for teaching jobs all over the country but I was offered a position in Invercargill, and I really liked the school. We didn’t know anything about the city. We  just thought we’d come here for two years, I’d get my teaching registration and then we’d leave. We always wanted to do the “tiny house” thing, we had a to-scale model and everything. But then we looked at what it cost to buy a property here and then realised we could spend the same amount of money on a tiny house or a three-bedroom villa. Then we found this property and had the big backyard and we decided this was it.

I’m sure the community is glad to hear you’ll be staying! What do you think it is about The Black Shag that has made people respond to it so well?

Dion: We always have something new and exciting that we’re doing, and part of that is just because we started with a tiny budget and so it was always going to change and expand. I’ve also always had all of these ideas that I’ve always wanted to do and I’ve just decided to kind of pack them all into one place…

Sylvie: I think the fact that it’s small makes it really have a vibe, as well. When you’re small you can really focus on the people more.

Your new menu features a lot of ingredients that are grown right here in your backyard. Are you hoping to become quite self-sustained?

Sylvie: That’s the dream. At least with the fruit and vege.

Dion: One of the things that really drives us is getting away from single-use packaging. Half of the reason we make alternative milk for ourselves is because I was sick of throwing away one liter bottles, and cafes go through tons of that stuff. And if you get things delivered from a supplier, everything is wrapped in plastic. Next year we’re hoping 40% of the produce we use will be from our garden. I think a good goal would eventually be 50%. 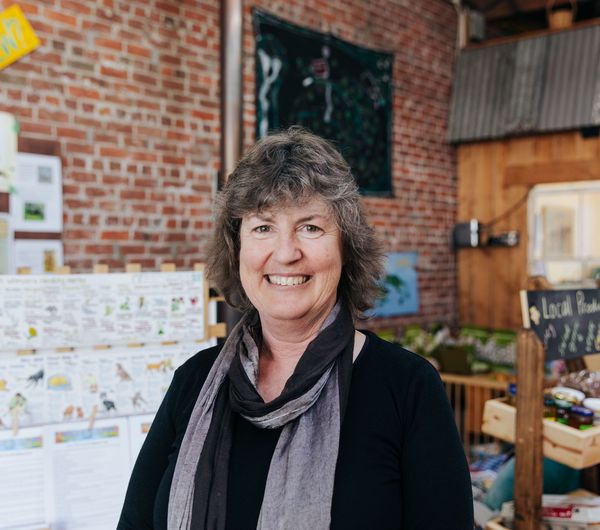 Story Southland
In the context of Robyn Guyton’s work, “local vigor” refers to how well prepared a seed is to thrive in its planting environment. Put simply, a seed produced in Southland will grow best in Southland as it has specifically adapted to the region’s soils and temperatures. Robyn has plenty ‘local vigor’ of her own which she uses to leverage and care for the lush landscapes and friendly people of Southland everyday.

Meet the Women Who Brought Pole Dancing to Invercargill 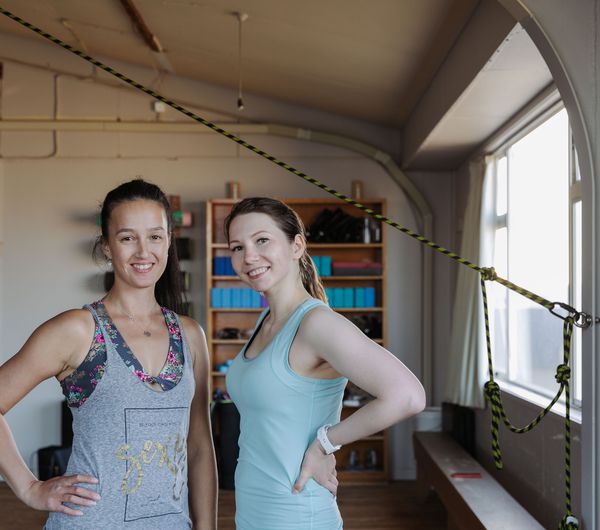 Story Southland
Morina & Saniya may be two of Invercargill’s busiest (and most inspiring) women. As co-owners of the only women’s pole dancing studio in Invercargill, they host classes four nights a week while juggling full-time jobs, families, and pole dance competitions.