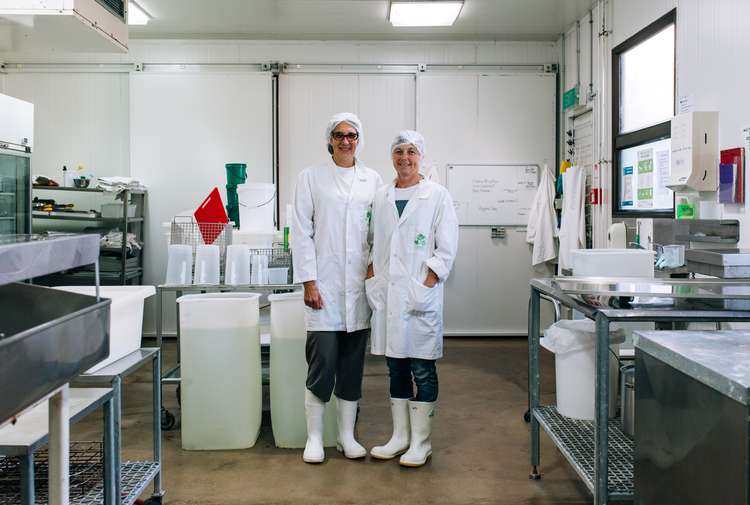 We don a couple of hairnets and gumboots and step in to the makery that is the home to Cilantro Cheese.

MSS: We make cheese from goat’s milk. We are both scientists and seven years ago more or less, there was a threat that our jobs would be amalgamated with others and as a result we might lose them. Around that time, I overheard Jenny saying she had the kit for making cheese at home, so I said great, let’s start doing that! At that stage no one lost their jobs but we started making cheese anyway. We’re self-taught (although the science helps), and some 18 months later the group is suddenly under review again, so Jenny put her hand up for redundancy. Two years ago I did the same and started working at Cilantro fulltime.

JO: Our first venture was to the Cambridge and Hamilton Farmer’s Markets, which we did for about five years and was really good for exposure, and we were able to slowly build up the local restaurant trade. Nowadays, we supply Moore Wilson and Farro Fresh stores in Auckland and various other delis and vineyards.

MSS: Well I’m from Brazil and have also lived in Italy so used to eat pecorino a lot, which is made from sheep’s milk, but when I arrived in New Zealand 17 years ago, even with all the sheep around, it was difficult to get. I started making it myself after finding a friendly sheep farmer, but as that supplier turned to making powder instead, we decided to go for goat milk, and now just use that.

Is Hamilton home for you both? And is it a good place to have your business?

JO: I’m from slightly further south, but came here for university, met my husband and didn’t leave really. It’s a little bit unusual in that most of our product actually goes out of town, apart from the restaurant trade that is, but in saying that, there is a small number of people who will stop in here and buy it straight from us. It’s supportive here, but for a community who has grown up drinking cow’s milk, goat’s milk is a bit different, and sometimes people need a bit of persuading to try it!

MSS: And to be in the dairy business when we are surrounded by farms, it’s a 20km round trip to pick up our milk, so it all feels very local. And yeah in the early days people were slightly suspicious of goat products, but now they come after it specifically.

What does a day off in Hamilton look like for you?

MSS: I rarely get out of the city.  I’m from Rio, and I can’t really stand big cities any more. I’ve lived in ones bigger and smaller than this, but Hamilton is such a good size. I have two small dogs, so I take them to the gardens frequently. And I also have a scooter, so on the rare occasions there’s a traffic jam, I can just squeeze on past.

JO: Yeah, Monica is a great champion of Hamilton.

MSS: I really like it! It’s got the beautiful river, it’s quiet, but there’s enough going on if you need it, and it’s close to Auckland and the coast. In Rio we would drive more than that just to go to work!

How would you convince people to give your product a try?

JO: We would just encourage people to give goats cheese a try;  it’s not always the big stinky flavour. The flavour is in the fat, so if you’re dealing with very fresh milk and you pasteurize it gently, you don’t get the fat vesicles breaking open and liberating the goatyness. Our main cheese, the chèvre, is a fresh cream cheese and at certain times in the year it’s got almost lemony flavours, at other times it’s creamier, it just depends on the stage of the milking cycle. It’s a really clean mouth feel compared to cow cheese - give it a go!

MSS: We are very small, we literally do everything by hand, small batches with very fresh milk. There will be slight differences throughout the year because there’s no standardization and no homogenisation, but that’s how it should be. 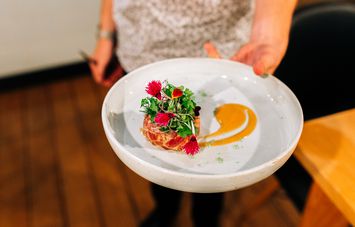 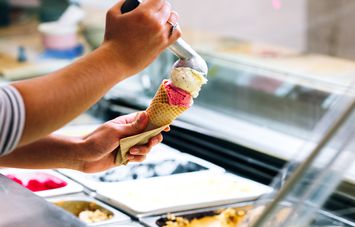 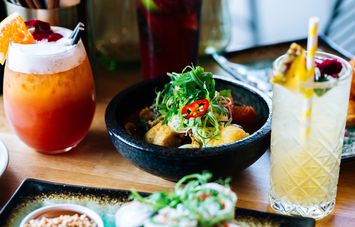 A visit to Banh Mi Caphe is going to transport you straight to street side in South East Asia. 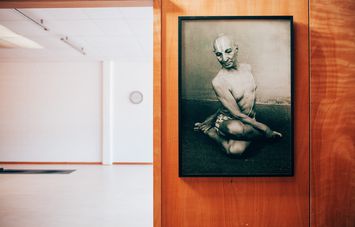 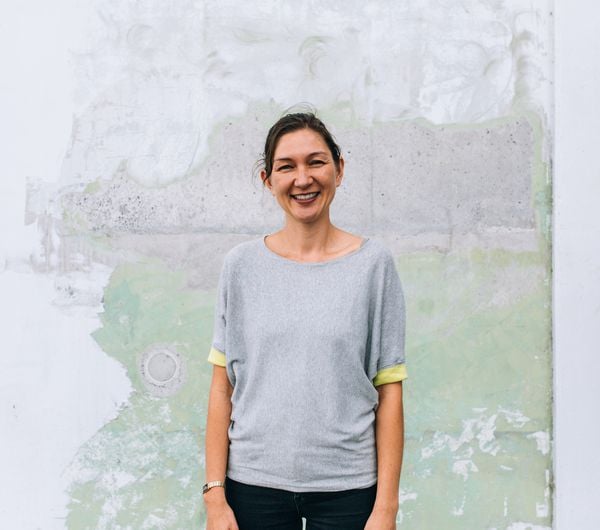 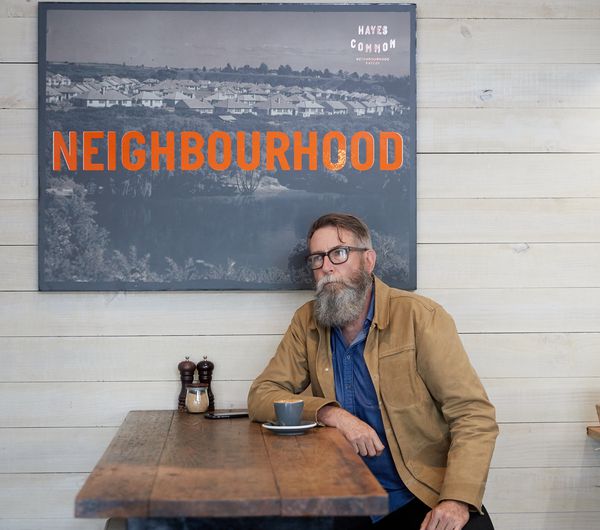